This was the biggest one to date. This year’s theme was le Nuie tde le’Animals (The Night of the Animals) and the event featured live performances of characters that had human bodies and animal heads. I enlisted the assistance of World Champion ice carver Aaron Costic, from Elegant Ice Creations in Cleveland Ohio, who assisted in developing and carving the nearly 8 tons of ice for the event.

We created an ice bar for the receptions bar service, a 30’ three tier display for seafood and some interesting creatures out of ice. We did a woman’s body with an antelope head, a muscular man’s torso with a ram’s head as well as a woman with a rabbits head holding a long tailed bird in hand. Aaron entertained the crowd by carving a giant Lion’s head fro 1400lbs of ice on a stage during the event. 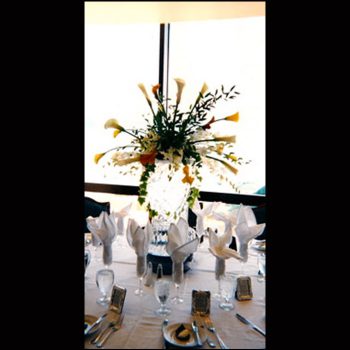 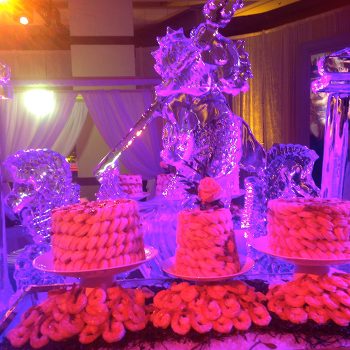